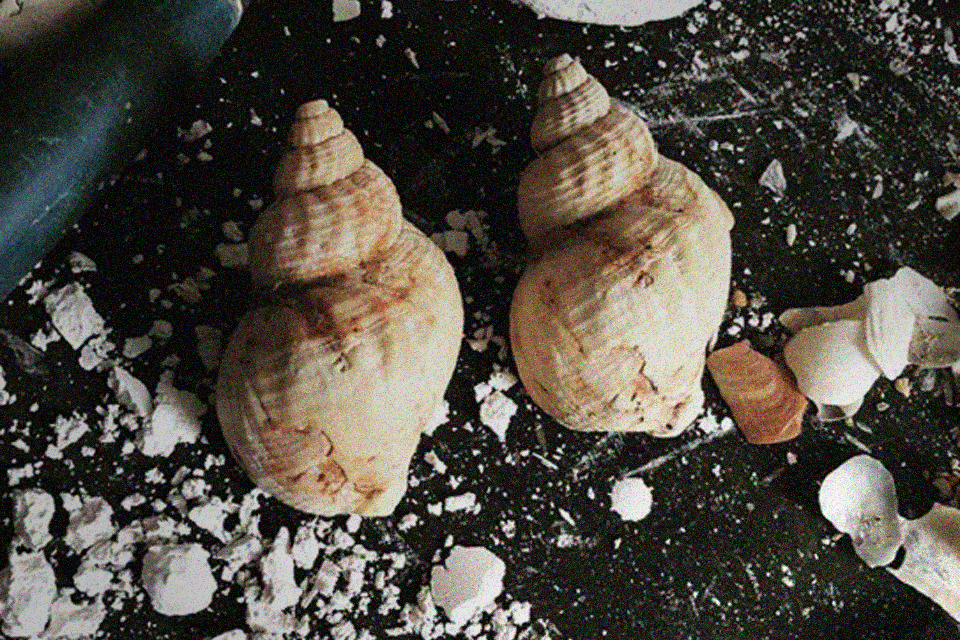 Part of an ongoing series of environments known as "The Other Room", this new exhibition by Emma Gibson uses a
backdrop of the many-worlds interpretation of quantum mechanics to pinpoint a turning of the tide, when things that
were once child's playthings on the beach came to have the price of jewels.

Conchlymania or ‘shell-lunacy’ in the 17th century referred to the hysteria around collecting, acquiring and dealing these ‘works of art from God’.

Collections became declarations of wealth and faith (the gathering of shells on the beach coffered spiritual status) and the collectors themselves had surprising similarities to dealers and collectors of fine art today- both caring passionately for the status of possessing something strange and unusual from a distant land, preferably before anyone else.

Seashells are naturally occurring and no two shells are ever alike.

Presented inside this parallel universe are two areas, one Production and one Display. Using seashells and their complex and once extremely coveted natural beauty and mythology as a metaphor, it confronts how we consider value and originality today.It is up to you to decide on the origins and meaning of these shells and ultimately, if they have worth.