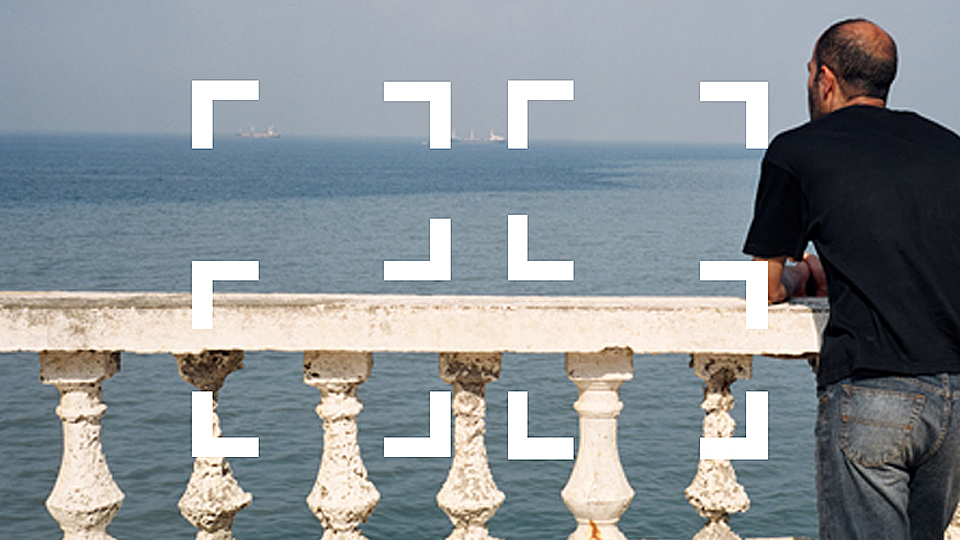 Zineb Sedira’s twin-screen installation Saphir (2006), was filmed in the city of Algiers – its sharp, azure light illuminating parallel stories of migration and historical legacy that are embodied in the presence of the Safir hotel, a faded architectural landmark from French colonial times. In this special presentation at the Walpole Hotel in Margate, another place where fluctuating maritime light is a constant feature, and whose recent history has also been informed by patterns of migration and architectural change, Sedira will show Saphir, and a new work, Guiding Light (2014), inspired by J.M.W. Turner.

After the screening, she will be in conversation with the critic, Lucy Reynolds. This event is a collaboration between Film and Video Umbrella and Crate, and takes place as part of Film and Video Umbrella’s 25th anniversary programme, 25 Frames. To join a walking party to The Walpole Hotel for Sedira’s screening, meet outside Turner Contemporary at 5pm to be taken on the short walk along the coastal cliffs. The hotel is a 15/20 minute walk from the town centre or a five minute cab ride.