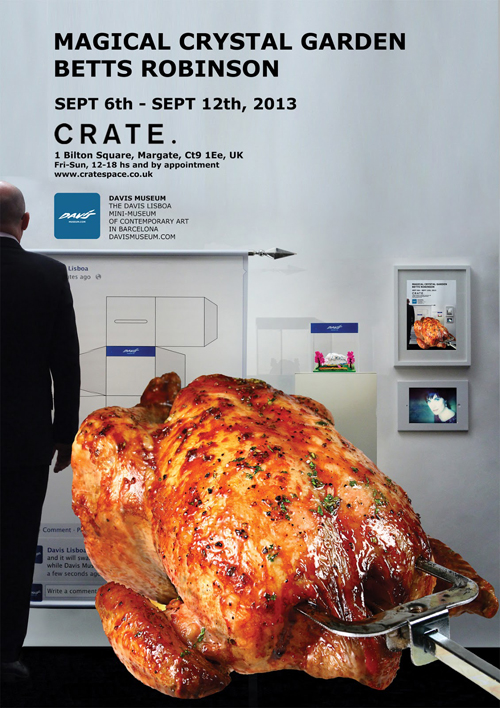 Betts Robinson (born in Romania, lives in Mexico) weaves obscure personal narratives with a Fluxus playfulness. Her practice, which normally takes the form of prints and
posters, has for the Davis Museum taken the form of a series of instructions and directions that were sent via email to CRATE.

Robinson's instructions all relate to the particulars of CRATE that were noticed and noted by Robinson during a visit to the space and to Margate in November 2012. For example, the proximity to Kentucky Fried Chicken and the ubiquitous smell of Colonel Sander's favourite led Robinson to the idea of making the smell of CRATE more homely, more Sunday lunch than late night shame-snack.
Robinson's instruction “make CRATE smell like a roast dinner”. With no direct indication of how to do this, many experiments have been carried out over the last few weeks using perfumed oil diffusers, Bisto, burning Sage stuffing over candles, constructing makeshift candles of our own using chicken skin and long consultations with the butchers of Margate. The resulting work, has, in the end, had to be realised through the most obvious answer. CRATE is still not sure this will work but, using the gallery's micro-oven, we will try to roast a chicken during the days of the exhibition.

Robinson often appeals to the physical senses with her work, her most recent body of work was a series of images with complex scratch & sniff elements. For Robinson's preview at CRATE she sent the instruction “Limoncello. Hard Boiled Sweets” which references how hard some products are to find in Margate town centre and how easy others. To assault our ears, the videos on the Davis Museum ipad reference her parents obsession with the Irish singer Enya and their constant infliction of the music on their children during long car journeys “Enya videos, but only unofficial ones set to landscapes, tourism video's or dolphins”. Other instructions sent were numerous and often, not possible to complete.

Robinson's response to the Davis Mini Museum environment and to CRATE's ongoing Small, Unusual and Specialist Museums Survey project (which you can see growing in the corridors of CRATE) has been to use the slot at the top of the ballot box (the core of the Davis Museum exhibition space) which is sometimes used to invite the audience to vote on the exhibitions – good or bad, yes or no. Here, Robinson sent a specially printed Cactus toilet-paper to CRATE alongside the direction “Put the paper into the Museum, now find the Magical Crystal Garden”. Accompanying this was an address in London which, when CRATE followed Robinson's instructions, turned out to lead them to Pollocks Toy Museum near Warren Street and in the gift shop, on sale for £7.50, the 'Magical Crystal Garden'. The garden, Alpine chemical wonderland, takes up to two days to fully grow, emerging over Robinson's exhibition. 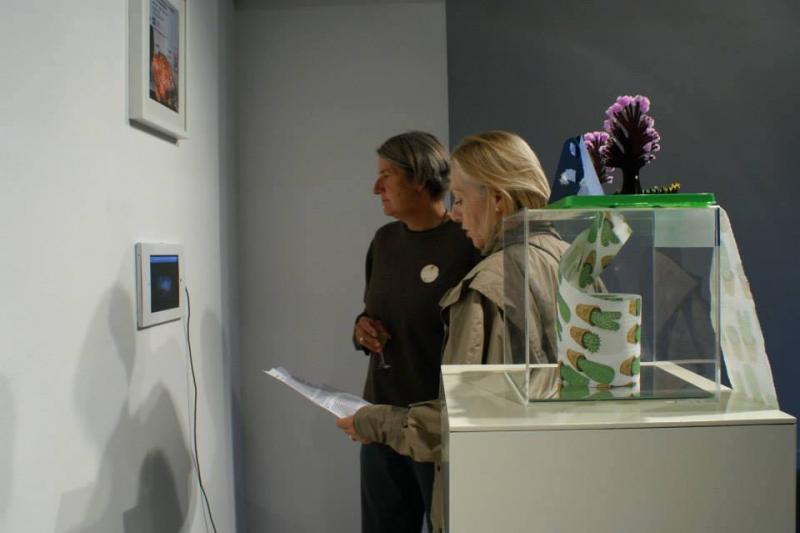 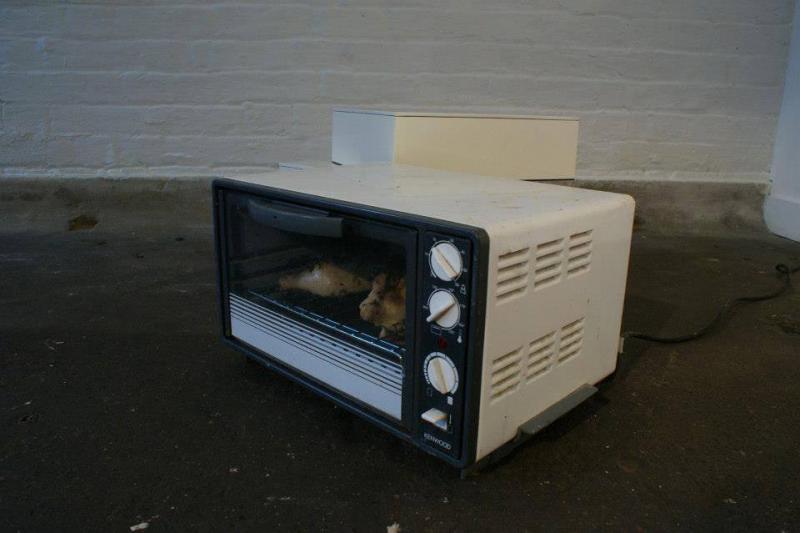 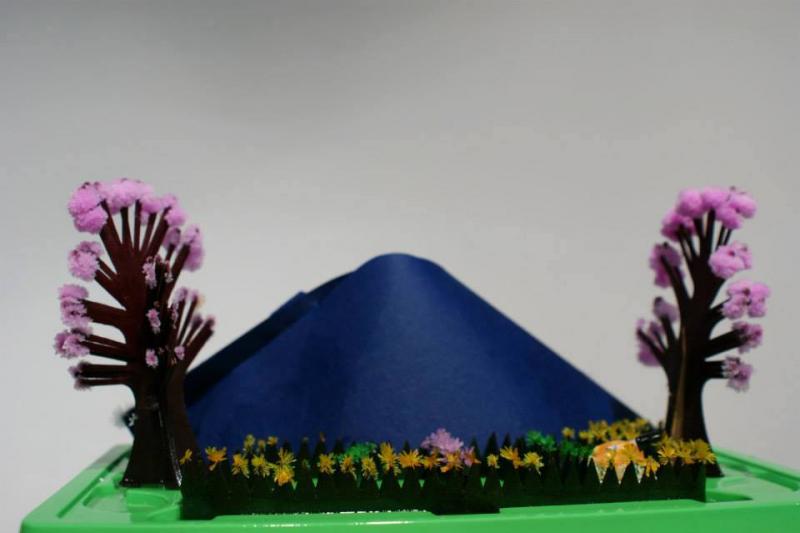