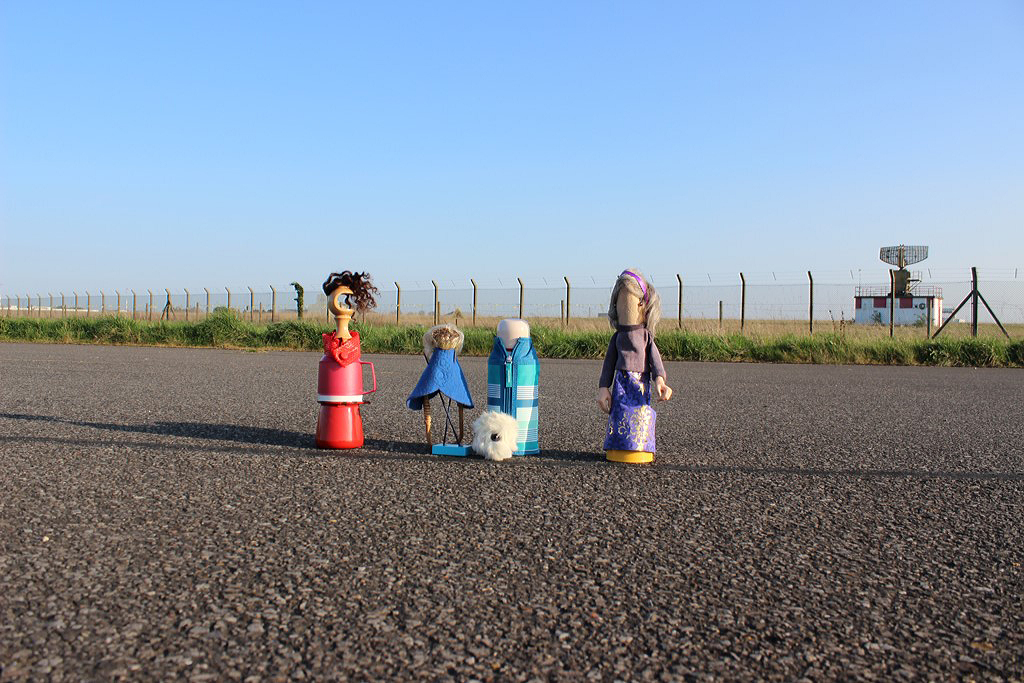 Artist Jemima Brown has approached CRATE with the intention of testing new work outside of the solitary world of the home studio. By working on this project in a public space she is inviting audiences to consider the processes involved in the making of the work as much as the work itself.

From recurring archetypes to fleeting memes she often explores the feedback loop between representations of women constructed within various cultural narratives and women's own self-images expressed through consumer choices and lifestyles.

Taking as a starting point the idea of ‘figures in a political landscape’, her new work involves the construction of abstract sculptural assemblages alongside figurative drawings.

By observing the tropes and visual signifiers of political affiliation this new work aims to spark broader discussion about how the construction and form of an object might relate to its initial starting point, and discuss levels of representation in the objects and images that make up the project.

After receiving an MA in Fine Art from Chelsea College of Art in 1995 Jemima Brown has established a career as an artist practicing in a variety of media, including sculpture, installation, drawing and moving image. In 2010/11 she was the recipient of the Mark Tanner Sculpture Award at Standpoint in London. Past awards have included a Fulbright Scholarship as a guest of the Graduate Program at University of California Los Angeles, and the Cocheme Fellowship residency at University of the Arts, as a resident artist at Central Saint Martins Byam Shaw School of Art.

Since moving to Thanet in 2014 she has been developing new work as well as continuing to exhibit ongoing bodies of work.

This project has been facilitated with generous support from Arts Council England and will include 3 days of sculpture workshops in June with Year 3 and Year 5 pupils at St Peter in Thanet Junior School.

Image courtesy of the artist, 2017