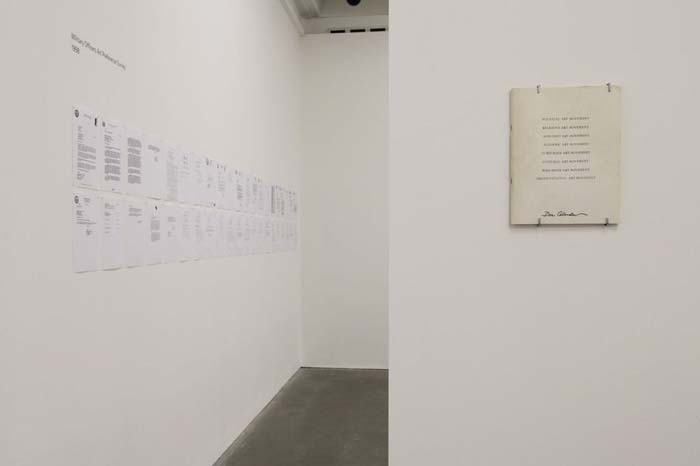 Surveyed Part 2 was the second part of the first European solo exhibition of the American conceptual artist Don Celender (1931 – 2005).

Celender was a master of asking questions, his work takes the form of mass mailed out questions and surveys to specific groups of people or professions (chefs, prison guards, museum directors, daytime TV actors, for example) asking them what they think about life, work, art and often, ultimately, death. The responses were then collected together and displayed as, what Celender called, 'Conceptual Documentation'.

Although several of Celender's survey works were bound into books and circulated worldwide, the majority remain unpublished and have never been seen outside of the artists New York gallery, O.K. Harris. Surveyed Part 2 was a rare opportunity to see a selection of these unpublished projects including Critics Choice, Ignored and Neglected Artists Survey Part 2, Aesthetic Experiences, Art Dealers Selection of Artists Survey, Art Movements and Portraiture Study. The exhibition was a collaboration between CRATE. and Arnolfini, Bristol.

Read Cara Courage's review of the show for A-N here